Map Glyphs was created to be the ultimate map font for both designers and developers alike.

Hi, I'm Ted Grajeda and I really like maps

I'm a designer from Arizona, and have been lucky enough to have visited over 40 countries and step foot on all continents. I spent almost 15 years living in London, working for some of the largest brands in the world.

In 2013 I released Free Vector Maps to provide the design world with a highly detailed, easily customisable and consistent library of stock maps. Since its release, Free Vector Maps has gone on to become the go to resource for vector maps on the web.

Map Glyphs is an extension of Free Vector Maps and looks to help designers and developers with a simple, easy to use CSS map font to use in their projects. Map Glyphs is just starting out, and I am looking to add near, if not all countries in the world with future releases. Not to mention refining the project as time goes by.

Why use Map Glyphs and not Free Vector Maps?

Map Glyphs was optimised to be used as a web font. Though it can easily be used to create clean map icons, it was intentionally designed with less detail to help limit file size where possible. The two images below best illustrate the differences in detail between Map Glyphs and Free Vector Maps. As you can see, Free Vector Maps is still the best resource for highly detailed vector maps on the web. 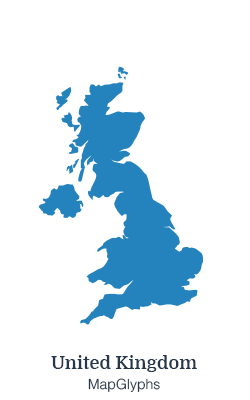 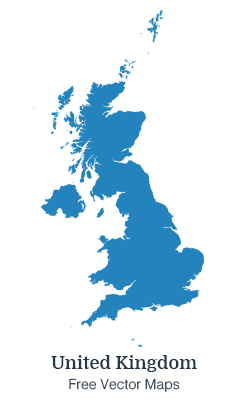 All data used on this site is from Natural Earth and other Public Domain sources. Natural Earth is a public domain world-wide dataset available from http://naturalearthdata.com. Map Glyphs is a design resource, nothing more, nothing less. They are meant for quick visual reference, as is any other icon. If things look wrong, or don't appear correct, getting in touch with Natural Earth is a great place to start to help get the data correct.

The first iteration of Map Glyphs is somewhat big (~3.1MB). With over 350 map icons in the font, I tried my best to balance detail with file size. I am hoping to re-look at the size in the future and maybe even have a map selector, allowing you to select only the icons you'll need. I can't say when that would be, abut if you would like to help out on that, please get in touch.

Map Glyphs is just starting out and will be a project with continued refinement as time goes by. If you'd like to say hello, have a question or suggestion for Map Glyphs, please do so at hello at mapglyphs.com.

If you'd like to say thanks for Map Glyphs or are interested in My Amazon Wishlist, it's much appreciated!

Huge Thanks to Dave Gandy!

I'd like to give a huge thanks to Dave Gandy of Font Awesome for giving me the idea to roll out a CSS map font. He is indeed awesome like his font!

Map Glyphs is provided “as is”. Map Glyphs and its suppliers and licensors hereby disclaim all warranties of any kind, express or implied, including, without limitation, the warranties of merchantability, fitness for a particular purpose and non-infringement. Neither Map Glyphs nor its suppliers and licensors, makes any warranty that the Website, Font or Digital Assets will be error free or that access thereto will be continuous or uninterrupted. You understand that you download from, or otherwise obtain content or services through, the Website at your own discretion and risk.